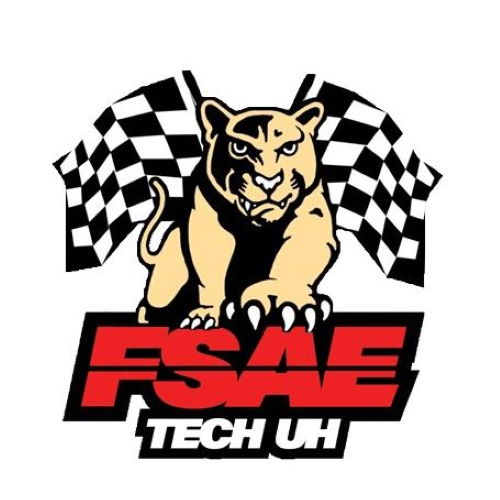 Formula SAE began as an idea by the SAE student organization at UT Austin. Since the Mini-Indy competition was no longer organized in 1981, UT Austin developed what is now known today as Formula SAE. 6 schools entered and 4 competed that first year. In 1984, The University of Houston won Formula SAE competition using a 600 cc honda engine. 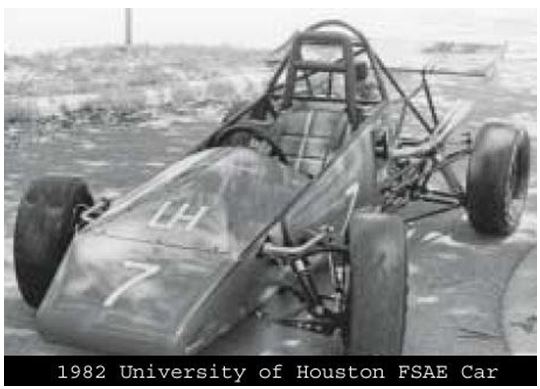 Since 1986, The University of Houston did not have an FSAE Team. The Team was reformed in 2007. Unfortunately, they were not able to compete with the car. However, their work would not be forgotten or lost....

The 2008 team continued the 2007 teams work. The goal for this car, nicknamed Leo was to simply pass the static trials of the 2008 Formula SAE West competition in Fontana California. The car succeeded in this goal. After doing so, Leo was entered into statewide trials where it performed on par with entries from other engineering schools around the state of Texas. Team Formula has learned volumes from the experiences with this car and these lessons will be applied to the future. Leo was later redesigned into a hybrid autocross car by Team Hybrid (also of the Mechanical Engineering Technology UH program). Leo raced in the Hybrid SAE 2009 competition. Currently Leo is being prepped for display at the main College of Technology building.

The Team returned and now consisted of 12 members whereas the 2008 team only consisted of 3 members for the most part. Shasta is the car that Team Formula had been working toward from day one. The car would reach speeds comparable with its competitors (0-60 mph in 3.4 seconds) but it would also survive the endurance trial set forth by Formula SAE. Only 1/3 of the competing schools accomplish were able to complete the task.

Now the team is back, stronger than ever, with great passion to resurrect their universitys competitive presence.

You must change your password to continue using the site.